“So what did you guys do this morning?” I asked my four-year-old granddaughter. I’d just arrived for my afternoon of babysitting, relieving my husband who’d done the morning shift. The kids had greeted me at the door. I love that they’re excited to see me. I’m enjoying the time until they’re old enough to realize I’m just a boring old lady who can’t hear very well.

“We went to the coffee shop!”

“Yes. I had a magic chocolate bar,” said my granddaughter. She spun around as she talked, some wisps of her dark brown hair falling over her equally dark eyes.

“I had a magic chocolate bar, too,” my grandson announced, proudly showing off his new ability to form complete sentences.

“Why is your umbrella out?” I asked my granddaughter.

“We took it in the stroller, coz it was pouring rain,” she replied.

“Oh, really?” I pictured an umbrella shakily held over the stroller, most likely not covering either child.

“Yes, and we also brought the water-table umbrella,” she added.

This seemed odd. While that shade umbrella was a favorite plaything, and served several purposes like a handy sword, a tent, or a battering ram, to my knowledge it had never left our grandchildren’s backyard.

“Is your brother allowed to play with your umbrella?” I asked. At one time, their parents had not allowed indoor play with umbrellas because they preferred their children to keep their facial structures intact. I wasn’t sure if that rule had been relaxed yet.

“Yeah, it’s fine,” echoed her brother, his eyes big and blue and innocent.

I hung up my coat and purse and followed the kids into the house. My husband was just finishing lunch.

“You realize that not a single word of that entire conversation is true,” he said. “We didn’t go to the coffee shop, We did go out, but the kids were on their bikes, not the stroller. We just went up the sidewalk.”

“So there was no magic chocolate bar?”

“Did you bring umbrellas with the bikes?”

“No umbrellas, certainly not the water table one. And, no, they’re still not allowed to open the umbrella indoors.”

“Did it rain over here?” It had been dry all morning at our house, eight miles to the east.

As I think back on this interchange, I’m fascinated by the different perspectives on reality. Our grandchildren aren’t purposefully dishonest. They didn’t huddle together to plan a fake story to tell Grandma. I think our granddaughter just wanted to tell me about the events she wished had happened. While she enjoys going out on her bike, she loves the coffee shop more. It has enough toys to fill a small toy store, and a cozy corner where she can play to her heart’s content. The sweet snack her grandfather buys just adds to the special bliss.

Kids aren’t the only people who have varying perspectives on truth. I’ve been in numerous work meetings where everyone comes out with a different take on what occurred, usually reflecting what they wanted going in to the meeting. I’ve learned to send emails after meetings to document my understanding of what was decided. On occasion, I’ll decline a face-to-face in favor of an email exchange so I can have documentation of decisions.

Writing personal narrative such as memoirs or essays brings a whole new dimension to the idea of truth. While we’re taught to tell the truth in our writing, that truth is always going to be interpreted through additional experiences of time. We forget. We interpret. We embellish. We make things better or worse or more interesting than they really were. Indeed, the little vignette I presented at the beginning of this blog just occurred yesterday, and yet I’ve probably distorted it considerably. If I ask my granddaughter what she remembers about it, she’ll probably tell me that we talked about one of her most recent passions, like Greek mythological creatures, or Elsa from the Frozen movie, or dinosaurs. And her story will be much more interesting than mine. 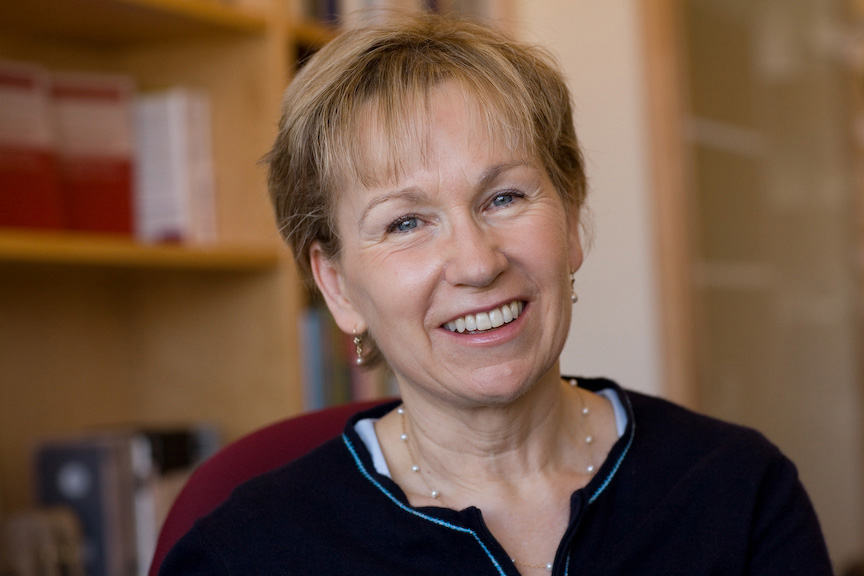 Anne McTiernan, MD, PhD, is a wife, mother, grandmother, physician, researcher, and writer. She is author of Starved: a Nutrition Doctor's Journey from Empty to Full (Central Recovery Press, 2016). She is also lead author of Breast Fitness: An Optimal Exercise and Health Plan for Reducing Your Risk of Breast Cancer (St. Martin’s Press, New York, October 2000).